The 10 Best Careers for the Future 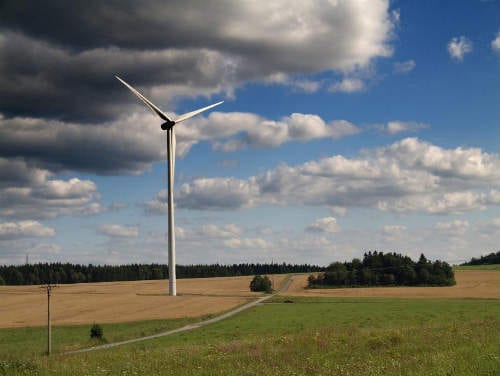 The world’s marketplace is a drastically different place than it was just a few decades ago. Finding employment that is going to be profitable now and in the future can be a challenge. This is a challenge that is faced by many young individuals who are trying to decide what field of study they should take in order to put themselves in the best position for future financial success. The following is a list of 10 fields that have the potential to grow and provide suitable employment now and in the future.

Best Careers for the Future

Everyday the environment is faced with very serious challenges. Questions exist as to whether or not the environment will be able to stand up to the onslaught of attacks that it is undergoing. Individuals who study sustainability will focus their studies on the environment. They will get environmental degrees, and they will finish school having the mindset of finding practical solutions to the problems facing the environment. The study course that individuals who get a degree in sustainability take will include understanding business, science, and the law. Additional emphasis is put on ways to manage resources and ethics. Individuals who choose to study in this field are setting themselves up to work in an area that will experience growth for decades to come.

It is estimated that between 2012 in 2020 robotics will be responsible for between 2 million to 3.5 million new jobs. Robotics is influencing every aspect of modern life. Anesthesia Bots, for example, are being used to assist with surgery. Oceanographers are also using robotics to allow them to map the watery depths where humans currently cannot travel. As space travel continues to become more and more important, robotics are being included in things such as surveying the surface of foreign planets and engaging in exploratory missions. Individuals who work in robotics will likely study things like mechanical, electrical, and software engineering.

In recent years, advances in technology have made it possible for oil companies to retrieve oil from shale formations that just a decade ago could not be tapped. Because of this, there has been a sharp increase in the need for petroleum engineers. This increase is exacerbated by the fact that more than half of the current petroleum engineers working plan to retire within 10 years.

This is a field of study that is of interest to individuals who are interested in the correlation between life that exists on the planet and science. They study living organisms, and then they see how some of the principles behind their movement and their existence can be used to improve things, like engineering and medicine. They are at the forefront of creating lifesaving apparatuses such as artificial organs. A good example of this is the artificial kidney which since its creation has improved the lives of more than 2 million individuals. It is estimated that between the years 2010 in 2020 this field will see a 62 percent growth in jobs.

Biometrics in the field that teaches individuals how to make devices that recognize living organisms. A good example of this is the facial recognition system. It is believed that over the next few years biometrics and biometric readers will replace conventional forms of identification. They will also replace many of the passwords that individuals use on their electronic devices. Examples of this can be seen by smartphones, smart devices, and laptops that allow their owners to login using their fingerprint as a password as opposed to typing in a password manually.

According to the New York-based transparency market research, it is estimated that by the year 2018, biometrics are going to see growth by more than $360 million. Individuals who get a degree in biometrics can work as security consultants and intelligence analysts. They can also work in the design of the different biometric systems that are used by security agencies.

Forensic scientists are always going to be needed, especially when it comes to using some of the modern technology that has been designed to investigate crimes. Forensic scientists use technology as a way to help them better examine and better understand evidence that is produced in cases. Students who choose to study forensic science would expect to spend a good portion of their university time learning math, science, and also understanding how the criminal justice system works.

Computer video game design is a field that is expected to continue to grow over the next few decades. Designers must understand complex mathematics, animation, audio, and programming. Video game and computer game design is not just for entertainment. These games are also used as a way to train firefighters, military personnel, and other first-responders on how to react during an emergency.

It is estimated by the year 2017, the video game market is going to reach $82 billion. This means that this is an area where the potential for growth is unlimited.

Every single year there is a new major attack on the major computer systems around the world. For this reason, governments and large companies are aggressively doing whatever they can to protect their computer systems. It is estimated that over the next two years, between 2014 and 2016, the Pentagon is going to hire more than 4,000 individuals who are experts in cyber security. In addition to jobs with the government, individuals who understand cyber security will find jobs at healthcare firms, energy firms, and any form of security firm. Students who work in cyber security, are required to understand how to “lift the hood” of computer programs and understand how and why certain computer programs operate in order to understand potential weaknesses.